Adam has had a cold for a couple of days and came home from Hebrew school not feeling well, so since he had homework to finish and wanted to rest his sore foot, we went out without him -- first to the Lunar New Year celebration at Lakeforest Mall, which had its opening lion dance and martial arts on Saturday and was presenting the Asian Philharmonic Orchestra, Cantonese opera and folk dance on Sunday, then to walk around nearby Lake Whetstone, which has dozens of Canada geese that apparently never migrate as well as herons, mallards, wood ducks, and many other birds, though no turtles at this time of year. Adam was still doing homework when we got home, then went to walk the neighbor's dog. 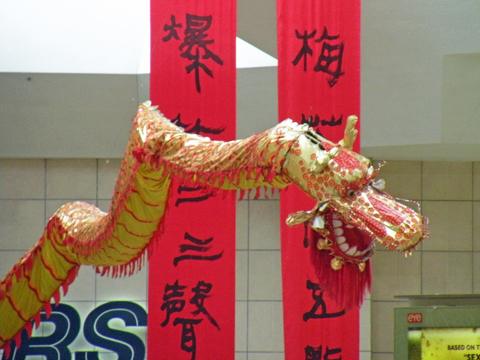 I thought the BAFTAs would be on BBC America or at least streamed live, but I couldn't find the show anywhere, just lots of red carpet pictures. I guess Argo is now the prohibitive favorite for Best Picture at the Oscars, and while I enjoyed it well enough and thought some things about it were very well done, I can't believe so many people are choosing it over Lincoln or even Silver Linings Playbook which is in many ways a braver movie. Now we're watching the Grammys, at which fun. won many awards I thought they didn't deserve, but since the performances were mostly enjoyable, Frank Ocean beat Chris Brown, and Mumford & Sons won Record of the Year, I can't complain too much.
Collapse