It was a rainy, warm Monday and I got to spend most of it with

Delta brought me a Valentine and some presents, like a beading kit and Pirates of the Caribbean bubble bath, both of which are awesome. We went out to get Adam, who didn't feel like walking home on his sore foot, and he watched most of Proof with us. When eventually Delta had to leave, we had veggie shawerma for dinner, then watched this week's Dallas (I missed the first few minutes, someone please tell me why Bobby did you-know-what for Ann) and last night's Once Upon a Time where I was delighted to see a onetime Smallville favorite as a guest star. Now I am howling through Comedy Central's coverage of who should become the next Pope. Since I am running late on everything, here are some photos of a duck from Great Falls last weekend: 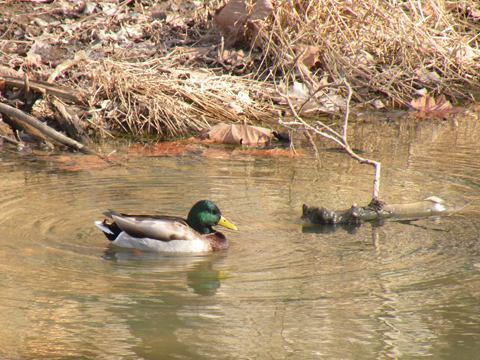