It was a somewhat stressful Mardi Gras here because there was a shooting in College Park and the news got worse as the day went on -- first we learned that there were fatalities, then we learned that one student had shot his off-campus roommates (one survived, one did not) before killing himself. Then we learned that all of the students involved were in the engineering school. Daniel was busy with school stuff and had no more news than the news stations had; he didn't know any of the people involved, at least. So I don't have all the details but it seems pretty likely that if the shooter had not had a gun, his roomate would still be alive and so would he.

I did work and laundry in the morning and met my mother at the mall in the afternoon for frozen yogurt; we also ran into my favorite high school teacher, my eleventh grade English teacher, whom I haven't seen in many years, which was lovely. We had veggie gumbo for dinner and intended to watch the State of the Union, but given what was going on at UMCP I just couldn't take it, so I put on a Russell Crowe movie I'd never seen before, Tenderness. In retrospect, a film about a suicidal teenager and a juvenile murderer was probably not the best alternative, but it was well acted. Here are a few photos from the National Aquarium the day before the Super Bowl, mostly birds and reptiles: 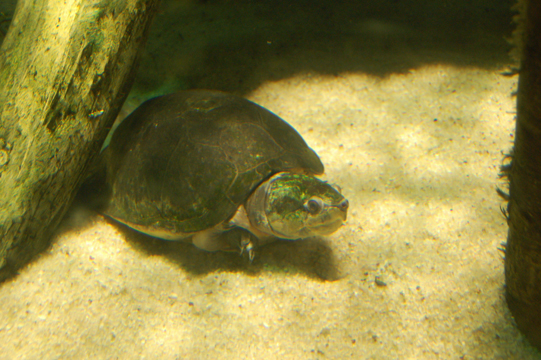