I did not have a very eventful Thursday -- work stuff, chore stuff, distracting myself with Les Miserables vids. (Until very recently I have always been able to ignore Tumblr, none of my fandoms had a particularly big presence there and people linked from LJ if there was anything awesome, but suddenly Tumblr is the epicenter of a fandom for me and I get why people find it hilarious to spend two hours looking at animated GIFs with insane captions.) It was chilly but very pretty out in the neighborhood, where the deer were trying to hide from everyone walking dogs. My state senate made me quite happy taking steps to repeal the death penalty in Maryland, though it's still a long way from a done deal.

We had awesome Moroccan food for dinner because we had lots of Greek yogurt in the house, then we watched Beauty and the Beast, which I am simply adoring -- I'm a little frustrated that guys keep coming between the main women characters, but Catherine's in a position where it's pretty much Vincent or the entire world and the push-pull is surprisingly well done, no swooning, no decisions any stupider than the cops and coroners are making. And Elementary is even better -- Lucy Liu's Watson isn't quite as sarcastic as Martin Freeman's but she's brilliant (not psycho-brilliant like Sherlock but great at unexpected perspective and understanding how people tick, which he often does not) and more importantly she isn't cynical about people despite the things she's seen.

Here are a few photos from Lake Whetstone on the afternoon of the Chinese New Year festivities in Gaithersburg: 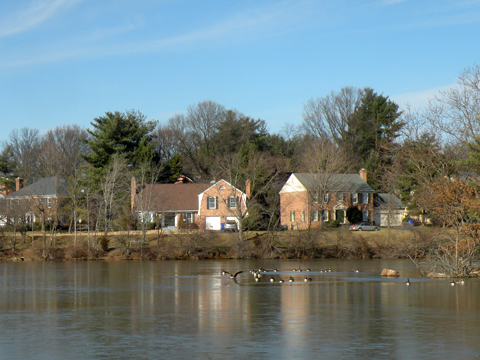