The rest of our deck was demolished on Tuesday and the wood for the new deck brought to start rebuilding it, so I stayed in, writing, doing laundry, and watching the cats watch the workmen as they yanked boards away from the kitchen and put in extra bolts to bring the new deck up to code. Since the laundry had to be folded, I watched 30 Odd Foot of Grunts - Texas, which was clearly called for in honor of the revival of my romance with Russell Crowe after I broke up with him for several years in favor of Alan Rickman, Colin Firth, et al.

It rained all afternoon, quite hard at times, so the deck guys left mid-afternoon around when Adam got home, both himself and his bike soaking wet. We had black bean burgers for dinner (yeah, not regretting AT ALL being vegetarian this week and leaning toward giving up any dairy product not bought from a local organic farm), then we watched the first two episodes of Parade's End, which was very well made but except for Valentine I really did not like any of the characters (treating men like shit does not make one a progressive woman).

Some pics from the Smithsonian's National Museum of Natural History exhibit on the orchids of Latin America: 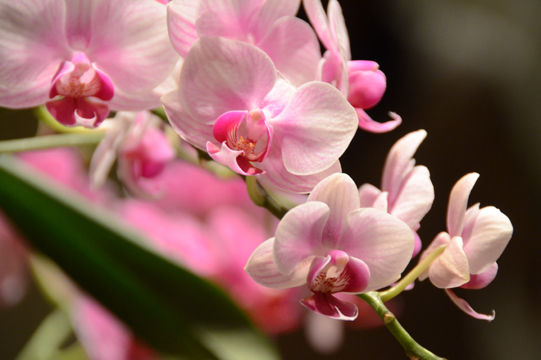