Our deck is entirely finished but the railing, which is supposed to be completed on Tuesday! And just in time, too, because we're supposed to get five inches of snow between Tuesday and Wednesday night even though it's March and the daffodils are opening. (Younger son has explained to me that weather forecasting, like nutrition and psychology, is bro science and therefore should always be taken with a grain of salt, which is probably good advice -- he made me howl this weekend explaining that the kosher laws are also bro science.)

Dallas said farewell to J.R. Ewing (and Larry Hagman) in precisely the way I expected and hoped it would, though that does not make me any less sad. There was one blast-from-the-past guest star this week and am really hoping there will be more at the funeral next week (it is my great wish that Victoria Principal will turn up, though I'd love to see Priscilla Presley or Audrey Landers or just about any of the cast from back in the day). Here are some more of the flowers at the Smithsonian's Orchids of Latin America exhibit: 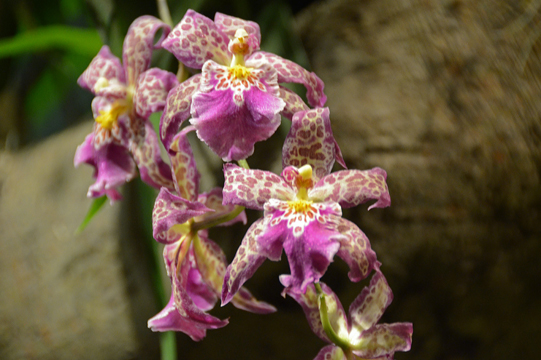