Both Daniel and Adam had snow days on Wednesday, since both the University of Maryland and Montgomery County Public Schools were closed due to snow. And indeed it snowed throughout school hours, though the 5-8 inches forecast for our area turned to water and ran down the drain as it fell because it was 34 degrees and the ground temperature was above freezing. It was quite scenic to watch out the window and I got to hang out with Adam, but snowquester did not bring the DC area to a standstill.

Since I had laundry to fold, we watched Australia as part of my ongoing effort to see every Hugh Jackman movie I've never seen before. It's beautifully filmed, decently acted, and totally whacked -- I am not sure which gave me more WTF moments, the Hollywoodization of Australian history (every Western cliche complete with cattle stampedes, spunky aristocratic woman seduced by muscular animal wrangler, all-white protagonists making decisions for native people) or the Wizard of Oz insertions.

Paul made spicy sweet potato and chick pea stew with couscous for dinner. I watched the DS9 episode I need to review this week, then we watched The Americans, which was almost as violent as last week's Nikita and pretty depressing on a number of counts, but the writing was quite good (next week though I'm watching Nashville when it airs and The Americans On Demand). Here are some indoor/outdoor pics from Brookside Gardens last weekend, including a heron and the labyrinth: 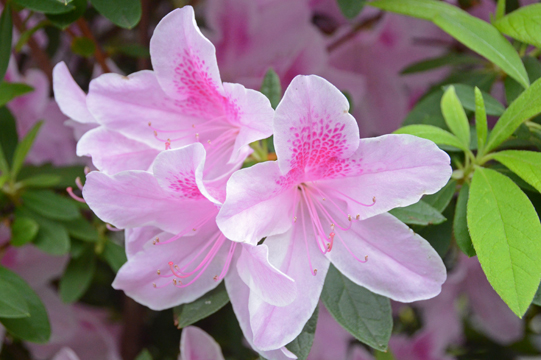