We had a forecast for rain on Saturday, but apart from some drizzle in the early morning, it never arrived. We'd tried to figure out indoor things to do in case of inclement weather and decided to go to the Air & Space Museum's Udvar-Hazy Center, since we hadn't been there since the space shuttle Discovery moved in not long after the Enterprise was sent to the USS Intrepid in New York. First, though, we went to Kidwell Farm at Frying Pan Farm Park in nearby Herndon, which has lots of little piggies as well as sheep, goats, cows, horses, chickens, turkeys, ducks, peacocks, and bunnies. Since it wasn't raining, most of the animals were out and we got to see the babies in the barn. Then we went to Udvar-Hazy, where the aircraft restoration area is now visible to the public (they are restoring a seaplane that fought at Pearl Harbor) and Discovery is on display in all her glory, plus dozens of other rockets, orbiters, helicopters, and planes. 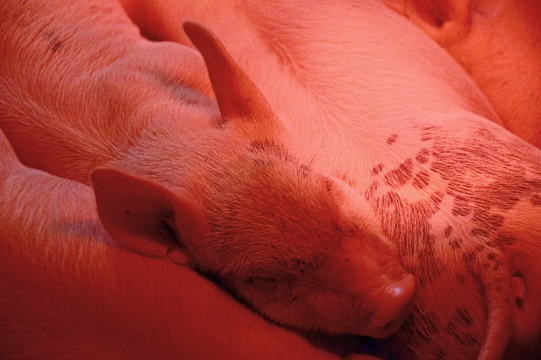 We got home in time to see most of the Maryland-North Carolina game, though the Tar Heels managed to beat the Terrapins by only three and will now play Miami for the ACC title (we are just hoping that Maryland has made a strong enough case for itself to get invited to the big show tomorrow). We took a break from basketball to watch The Best Exotic Marigold Hotel after dinner, which I liked but didn't love as much as I thought I would from the cast; there were a lot of cliches in the script that not even Smith, Dench, Nighy, Wilkinson, Wilton et al could overcome all the time, and the young lovers' story reminded me of several much-better-done movies about choosing between family and expected arranged marriages in favor of modern love. My wonderful husband got his bonus at work and got me a Kindle Paperwhite, which I have not yet used in the dark but it is completely awesome in every way so far!
Collapse