dementordelta, so I don't have a lot to report. Daniel went out to lunch with my father; I had hummus and pita and spent hours trying to convince the cats that they were hours early for their afternoon feeding. I did go for a walk in the afternoon because it was gorgeous out -- both my kids did too, Daniel after a couple of hours of playing video games and Adam with the neighbor's dogs -- and I watched Voyager's "Concerning Flight" while folding laundry, an episode I have only good feelings about.

We ate dinner early so we could watch Maryland's first-round game in the NIT, which the Terps won, beating Niagara 86-70 to advance (the second round will be on their home court, too). Then we watched Smash, which did my favorite thing all season with the on-crack Les Liaisons Dangereuses musical, which of course will cease to exist now so we can get back to Dungbombshell -- I liked this show so much, now the only thing I'll miss is seeing Jack Davenport and Anjelica Huston every week. Here are some more photos of the animals at Frying Pan Farm Park on Saturday: 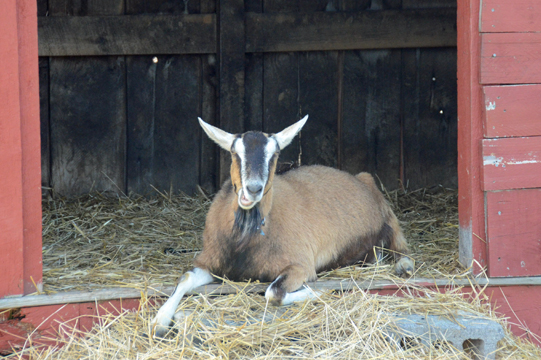