Quickie in the midst of unpacking because we got up early Saturday morning to go to Ithaca College, which has a very good photography program and communications school in a gorgeous setting (it's right near Cornell, which we visited two years ago with Daniel so we didn't take the tour again). The campus tour of Ithaca was very impressive; the communications school itself was also impressive though we had the two most garrulous tour guides in history. My friend Jason lives in Ithaca, though I hadn't realized how close to the school, so he came and met us for lunch at the cafeteria buffet in the Commons. We walked back to the admissions building by the school pond under the trees. 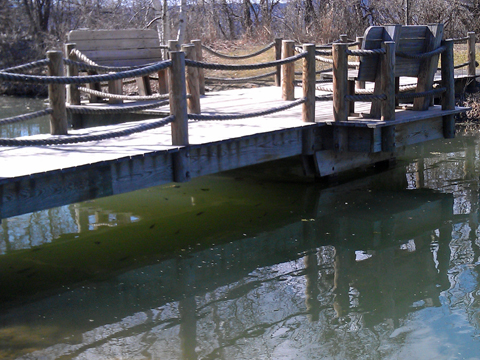 We drove home through scenic, mountainous New York and Pennsylvania with scarcely a cloud in the sky, encountering so little traffic that we made it home for dinner around 8 p.m. with a stop at the food store to restock. Then we came home and had veggie chicken cutlets and tried to keep the cats entertained (unpacking always useful since it provides empty bags and boxes to sit in). Having missed the first showing, we watched the 11 p.m. Doctor Who rerun, which was entertaining and had an awesome guest star, though the plot reminded me overmuch of an X-Files episode -- I think the one William Gibson wrote. Sunday is going to involve cleanup chores for us; have a lovely Easter if you celebrate!
Collapse