All week I've been saying it's Post-Travel Catch-Up and now I must acknowledge that it may also be Pre-Dogwood Spring Allergies, though for a bit there I thought I was getting a cold and allergies would definitely be preferable. It was cooler and overcast but we still have daffodils and forsythia all over the neighborhood, plus bunnies and today I saw a deer. I love spring, pollen and all. And the Orioles won, the Nationals won, Adam did pretty well at track.

In entertainment news, Jeremy Irons fails so mightily talking about gay marriage that I may either have to stop watching his movies or assume his drug problem has gotten even worse than it was when he made Dungeons and Dragons and Eragon, which he could only have done because he needed drug money. And Elementary rocks even when it steals ideas from Die Hard. Here are some photos of Paterson Great Falls National Historic Park in New Jersey, including Passaic Falls: 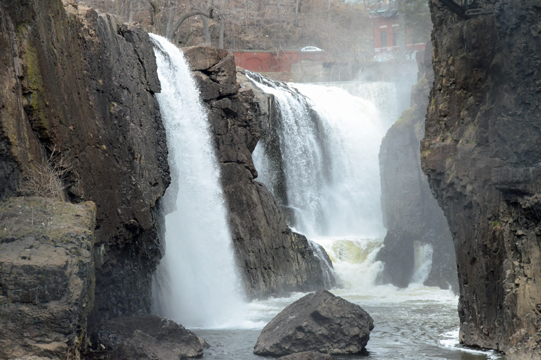