We had another day of temperatures over 80 degrees and flowers bursting out everywhere. I was so warm that I enjoyed being in the basement collecting the laundry! Most of my day involved work and unexciting things, but the cherry blossoms, magnolias, hyacinths, and early purple azaleas made it lovely every time I went out.

Since I had to fold the aforementioned laundry, I watched the "Guilty Pleasures" episode of Glee, since I had been advised that there was Wham!, Manilow, and Mamma Mia involved. I did like the music, especially the mixes, but the new characters mostly bore me and the old characters are doing the same old things.

The Americans was, as usual, terrific and stressful -- I keep thinking I should be watching Nashville when it airs, since it's musical mind fluff, and put off the marital problems of Soviet spies for earlier in the evening. Some photos of the emerging cherry blossoms in DC last weekend -- they're peaking now: 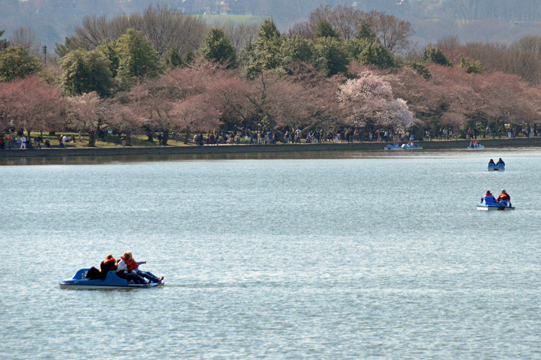