We had yet another warm and gorgeous day. Paul told me that there were cherry blossoms around his office, so I picked him up and we went to Minerva for lunch, then I went to see the trees while he had a conference call. Then I came home and took a walk, during which I saw a deer and a bunny plus several chipmunks who have apparently come out of hibernation with a vengeance. I also found a very large black beetle, more than an inch long, which I was trying to coax onto a leaf to take home so that Adam could take photos of it for a photo project he's been doing with insects when a helpful neighbor gave me a plastic container.

We watched a bit of the Orioles game after dinner (the Nationals weren't on Comcast, though my father went to the game; the Nats beat the White Sox and the Os beat the Red Sox so it was a good night for the Orioles in both ways). Now Delta and I are watching the 1952 Les Miserables, each in our own house but I'm afraid we're being irreverent over IM, since Cosette looks 20 when Valjean rescues her and 25 as a schoolgirl; Valjean has a boyfriend named Robert who follows him everywhere; Javert never wears underwear -- yes, really -- and Marius is an even bigger twit than in the musical who he accuses Valjean of lusting after Cosette (we were disappointed that Valjean did not start singing "Gigi"). Some Maryland Zoo pics: 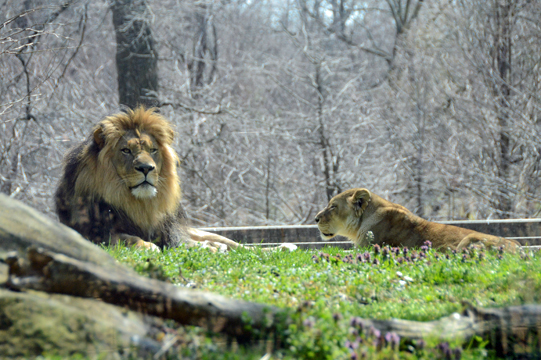