Quickie written while watching Doctor Who, which has a fabulous guest cast this week and I'd be enjoying it thoroughly if only the writers had bothered to give Clara actual interests instead of witty keywords (I like her because she reminds me of Rose, except it's Rose without all the ways Rose was unique). We had yet another gorgeous spring day on Saturday, so we went to Riverbend Park on the Potomac River in Virginia, where the bluebells are at peak and the park was having a festival. We saw lots of flowers plus several skinks and many insects, which was very good since Adam is doing a photo project on bugs. 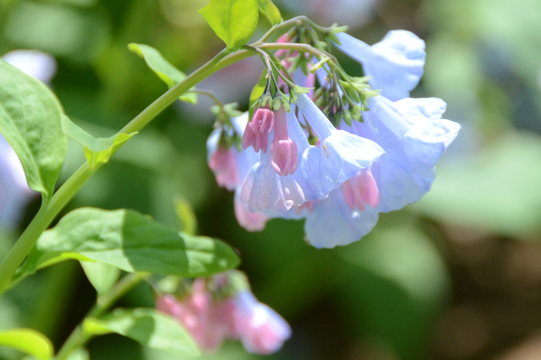 We had green curry and peanut noodles for dinner in honor of the Thai new year, then watched the Nashville episode we'd missed during the week before the aforementioned Doctor Who. I forgot to mention last night that we watched Tim Burton's Dark Shadows, which was...well, much darker than I was expecting, and I was really underwhelmed by the characters, particularly the women (I realize that Burton finds Johnny Depp irresistible, but he needs to give me better reasons that so many other people would, especially when he's playing a character who's much less charming and much more violent than I expected). Not my favorite!
Collapse