I had a schlepping and work day not worth reporting on except that there were new flowers all over the neighborhood and everywhere else, even in the morning when it was raining. I took Adam to an early orthodontist appointment and got to see the Bloomingdales in White Flint being torn down; then I dropped him off at school, came home, walked among the crabapples and tulips, and was whined at by cats for three hours that I was taking too long to feed them.

We had Greek "meat" (well, veggie crumbles) and spinach pie for dinner, originally made for the other night but Adam got invited out for a friend's birthday so we saved it; then we watched Beauty and the Beast (am going to believe that the Very Bad Thing will be reversed by Muirfield, though likely in an Even Worse Way) and the DS9 two-parter I need to review. Some Maryland Zoo pics from a couple of weekends ago, including African animals, Arctic animals, and a Baltimore Raven: 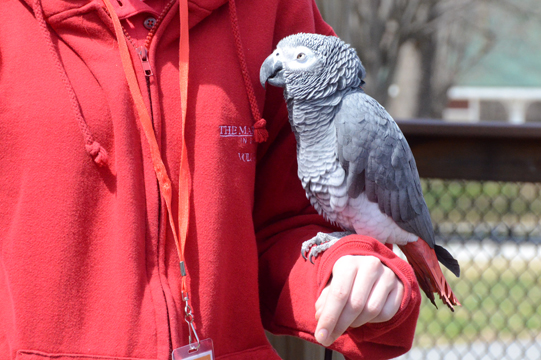