I spent a somewhat surreal day working on a review of Deep Space Nine's "Homefront" and "Paradise Lost" while watching the news coverage from Boston -- a two-parter that I thought was over-the-top when it first aired in a pre-9/11 world, which now seems instead to be prescient and realistic. We got a tornado watch in the early afternoon, though I managed to see the neighborhood tulips first. Daniel decided to come home for the weekend to see both sets of grandparents, I suppose since he can see the lambs on the College Park farm any time.

Adam did not accompany us to dinner with my parents since he was out at Memsahib with friends for one of their birthdays (one of his track coaches was questioned by the FBI because he lives next door to the suspect's uncle in Gaithersburg). We watched TV through dinner, since the Boston manhunt was reaching its end, then came home for Nikita, though it's been sliding on its waterskis and heading for the shark for a couple of weeks now; this week, with a more gripping real-life terror situation on the news, I couldn't even make myself care about Amanda's backstory, which I've wanted since the beginning.

Due to late snow and bizarre blooming times, we never made it to Winterthur this spring to see the March bank and early spring animals, so here are some photos of the grounds from last spring: 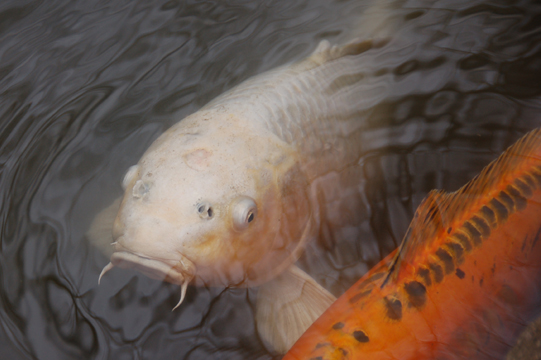