It rained in the early evening on Wednesday, but before that it was gorgeous and warmer than predicted. I met

vertigo66 for lunch at CPK (though we ate no pizza -- she had soup and salad, I had hummus and their version of pita), and I deliberately parked over by Target so I'd have a reason to walk around the lake to get back to my car. I didn't see the goslings, though several other geese, ducks, fish, and little birds gazed at me hopefully to see if I had food for them. I did stop in Target, but since they unfortunately don't have Russell Crowe Jor-El action figures yet, I did not buy anything.

I am still trying to watch Arrow, since I have been promised that that is coming back next season, but I am hopelessly confused by the flashbacks and not entirely sure who did what to whom in the present. I need genre shows that are a little less arc-tastic. Since The Americans (which is also coming back next season, whoo) is over for the spring, we watched Nashville, whose fate will probably not be announced until after sweeps month; love Rayna, getting sick of Juliette and Scarlett being jerked around by storylines, like the music best. Some pics from Mount Vernon's spring color before it's summer already: 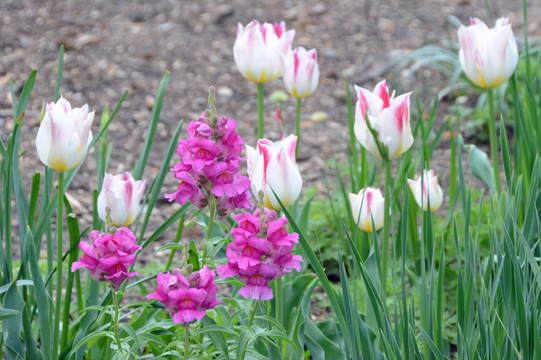