Since it was a drizzly Saturday and everyone wanted to see it, we picked up younger son's girlfriend after lunch and went to see Iron Man 3. I really disliked the first one and only mostly-liked the second one, so I was surprised by how much I liked the newest one -- both the pacing, which was much better than the first two (nothing worse than action movies with action sequences that drag) and the characterization, though younger son afterward predicted all the things about the women's roles that would likely have annoyed me. *g* Since I don't like Gwyneth Paltrow in the first place, I don't get too bent out of shape when she's supporting cast in every way.

In the evening we watched the season (half-season? how are we measuring?) finale of Doctor Who, which actually has bigger gender problems, particularly piled on top of Amy Problems and Martha Problems and Rose Problems (I let the Donna Problems go because Donna herself is so awesome a character). I very much liked the guest stars and (for a change in 11's era) I appreciated the logic of the resolution to the Season-Long Mystery, though the gender problems cut into my enjoyment of the latter. Now we also can see the mechanism by which they can do a Full Franchise Reboot a la Star Trek, which worries me. Here are a few more photos from the Maryland Sheep and Wool Festival: 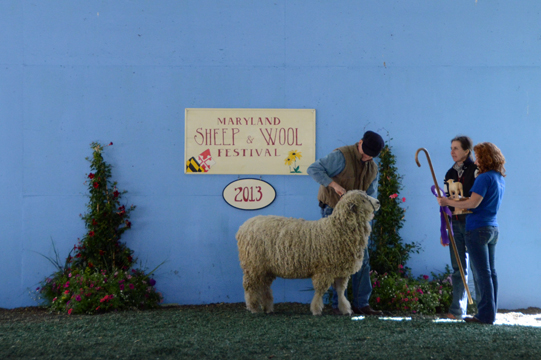