It is HOT. That fact was the big distraction of my day. I pretty much did not leave the house except to walk outside to decide whether I wanted to walk or just stretch indoors (indoors won). So other than work and reading I did nothing worth reporting, apart from getting an invitation from a neighbor to watch Arrested Development, woohoo! Have only seen the first two episodes but really enjoyed them; I'm not sure what the disappointed people are disappointed about, apart from Never Enough Tobias.

Paul was showing Daniel how to make chicken parmesan so he'll be able to make it next year when he's in an apartment instead of a dorm and has to cook his own dinners (he has been warned that he can't order pizza every night). Adam came and made the veggie version, so dinner was good. Then we watched the second episode of Spies of Warsaw, which is well-acted but I'm not finding the script all that engaging. Some photos of animals from the Virginia Renfaire (warning: includes Brood II cicadas): 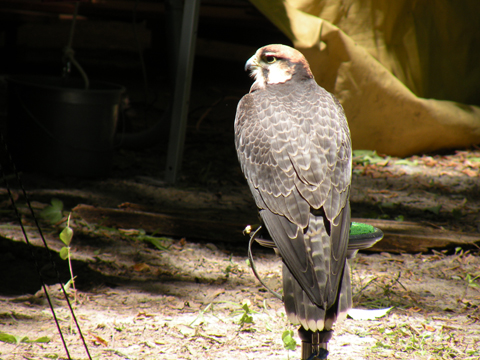