I had an uneventful hump day. I even got mostly caught up on work and mail and stuff! Daniel went out to lunch with my father; while he was out, I folded laundry and watched the first X-Men movie (shush, it's been a decade). The weather was beautiful and the bunnies were enjoying it as much as I was, as was the squirrel on the deck. Neither the Orioles nor the Nationals had a good day, unfortunately.

Paul made strawberry shortcake for dessert while Adam was baking cookies for his history class and we invited my parents to come over and have some. Then we watched a few more episodes of Arrested Development, which is doing a surprising amount of gay-baiting that's not funny, and The Daily Show, which is totally funny on New Jersey politics. A few last pics from the Virginia Renfaire: 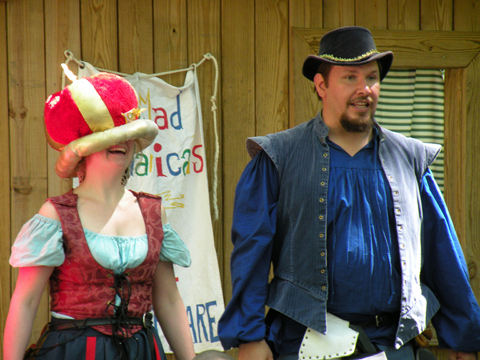