My Thursday involved an unexpected amount of rain, and my Friday will involve even more, because apparently Tropical Storm Andrea decided that since it's June, it's a good time to dump a lot of water on the east coast. We're under a flood watch and it looks like Florida is getting it pretty bad. I stayed pretty close to home since our van was in for service -- finally took Daniel to Bagel City for more bagels, went to Giant since we were completely out of milk, went with Paul to pick up the van.

We watched another couple of Arrested Development episodes (Maeby much funnier than Gob), then the penultimate episode of Spies of Warsaw (still well acted but still feels like it's dragging). The big entertainment news of the day, of course, was the loss of Harvey Korman -- we are overdue for a Blazing Saddles viewing. Otherwise there was stupid gun news, stupid anti-contraceptive news, and a very little bit of D-Day reflection. Here are some photos from Lewis Ginter Botanical Garden in April: 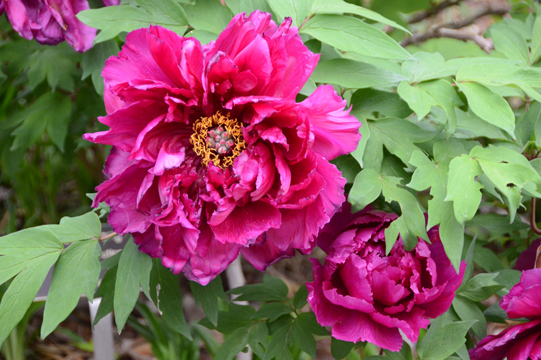