It was not a terribly eventful summer solstice, though the weather was lovely. I wrote and posted a review of Deep Space Nine's absolutely terrible "The Muse", took a ride with younger son to the bank (we went to the one in Potomac Village so he could get some driving time and took the long way home), and rearranged the DVDs since I got last season of Warehouse 13 while Amazon.com had it under $15.

I had a five-bunny, eight-chipmunk walk in the afternoon, plus another three bunnies and two deer while driving to my parents' house for dinner. When we came home I was in the mood to watch A Midsummer Night's Dream in honor of the date and because of Kline-Pfeiffer-Bale-Friel-Everett et al, which the kids watched as well (both of them can recite various parts). Some local chipmunks: 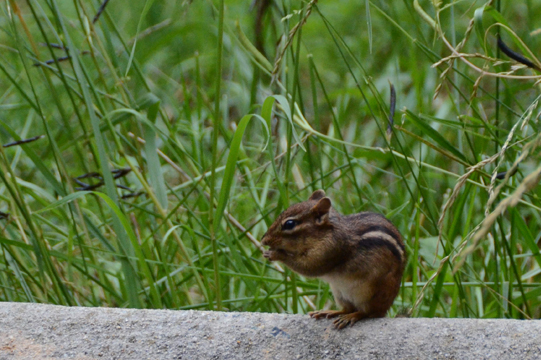