I had a very low-key twenty-third wedding anniversary -- lunch (well, froyo) by myself at the mall, where I had to drive Adam and Maddy so they could have a romantic meal at CPK, then laundry and work until late afternoon, when I took a walk in the still-muggy air (I saw six bunnies, three in the same yard), then took a shower so that when Paul came home, we could take the kids out to dinner. My mother ended up offering to take us all out and we went to Tara Thai with her while my father was playing tennis.

Both kids were doing various computer things in their rooms in the evening, so Paul agreed to watch Flushed Away, which I've been trying to convince the family to rewatch for weeks (yes because Hugh Jackman is a rat, though there are lots of hilarious lines). Then we watched Warehouse 13, which in addition to its usual pleasures and an awesome Pete/Myka moment had the delight of a Buffy reunion, great guest stars, Harry Potter stuff, and Pete saying, "Not so fast, Senator Palpatine!" A Rockville bee: 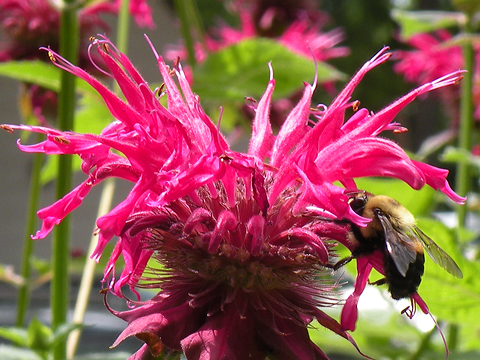