My Third of July was about chores, and it rained all morning which meant I wasn't overly tempted to go out anywhere anyway. So I have nothing of interest to report! Our plan for the Fourth of July is to take Adam early to run in a 5k to raise money for autism research, then later, if it's neither too hot nor raining and we all feel up to it, to go to Mount Vernon, which is having reenactors and early fireworks plus some other events.

I did get to walk between rain showers though only three bunnies were out. After dinner we watched the final episode of this season of Case Histories (does anyone know if there will be another one? Man, there better be), then tonight's Futurama which mocked folk music and thus had us rolling. Here are some more photos from Rockville's Civil War reenactments, in honor of the people in Gettysburg who've been doing the same: 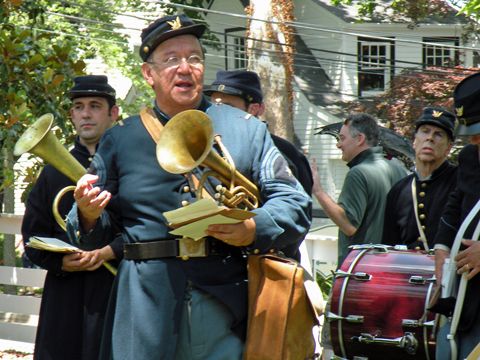