I had a lazy Independence Day morning while Adam was getting up at the crack of dawn to go run a 5k for Autism Speaks (Maddy and two other friends were doing the one-mile walk, so he did have a support team, so to speak). When he got home we all got organized, had lunch, decided it was kind of late to leave for Mount Vernon which was only having July 4th events till mid-afternoon, and went to Great Falls instead. This proved to be a good choice, since the breeze off the river made the temperatures bearable and we saw lots of turtles, herons, geese, and kayakers: 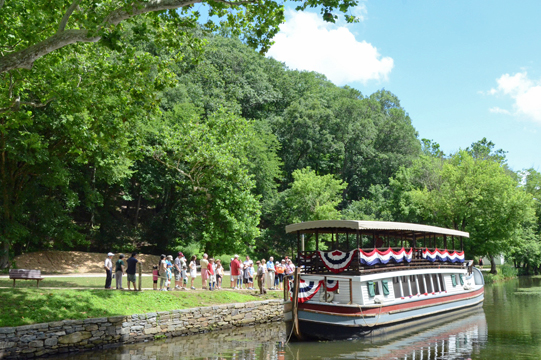 When we got back, we washed up and went to my parents' for dinner (barbecue, but after being outside for so long during the afternoon, we voted against eating in the heat on the deck). Then we came home so Adam could make cookies to bring to a party at Maddy's on Friday, watched A Capitol Fourth (I love Neil Diamond as much as the next person my age, but it was like a parade of old white guys and young reality TV stars with more diversity in the backup groups than in the spotlight), then watched the DS9 episode I need to review this week. Happy Independence Day!
Collapse