We had a pretty uneventful Monday. Adam wanted to drive to get hours for his license, so I let him drive us on all our chores -- to the bank, to Bagel City, to the mall for frozen yogurt (yeah, it's that kind of weather). Then my mother offered to go driving with him for a while, so I came home to do some work and took a walk (it was a four-bunny day, two of whom were not in the least afraid of me when I took their photos).

We watched the season finale of Warehouse 13, which was a little over-the-top but I love the main and guest casts enough not to care (more Buffy reunion, more Pete/Myka awesomeness). We also watched the second episode of Under the Dome, which was not particularly better than the first, though son tells me some things were much worse in the book. A butterfly from our last summer trip to Longwood Gardens: 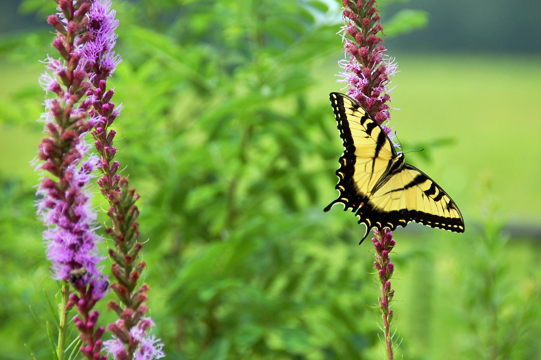