We mostly spent Saturday getting ready to travel to go visit colleges with Adam, whose 17th birthday it was, though I feel like I hardly saw him since he was working at Glen Echo, then he was walking the neighbor's dogs, then he went out to dinner with friends -- we did not have cake until 11 p.m.! But he seems happy, which is what matters!

The rest of us got exciting things like cat food so that Maddy, who is house-sitting, can feed them, and human food, so that those of us who are traveling can make sandwiches instead of having to eat every meal out. We have reluctantly decided not to go to Chicago, even though we have friends there, because Adam has ruled out both U of C and Northwestern.

We did not have time for TV or even baseball -- I hear that the Orioles won and the Nationals lost, though the best Nats news via

starfishchick was that yesterday a Sharknado attack during the Presidents' Race allowed Lincoln to win. Here are a few last photos from Kenilworth Aquatic Gardens, this time mostly flowers other than the lotus blossoms: 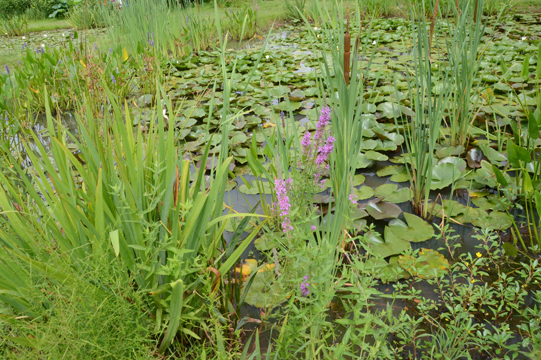