I have little to report besides work and chores, plus a few bunnies. Adam had his last day of the calculus symposium, then went to the pool with a friend; Daniel hung out at home with me, though he was mostly on his computer talking to his friends who live in it. Here is a review of Deep Space Nine's fourth season finale, "Broken Link", an episode that seems brilliant in retrospect but which I hated when it aired.

We had dinner with my parents (Chinese food, by Daniel's choice, and my mother tried a new veggie place which had excellent Kung Pao tofu). Then we came home and, since the Orioles and Nationals both seem to play better when I'm not watching (they both won, heh), I put on the Happy Feet movies one after another. Despite a lack of Hugh Jackman I think I like the second one better. Some Pittsburgh Zoo animals: 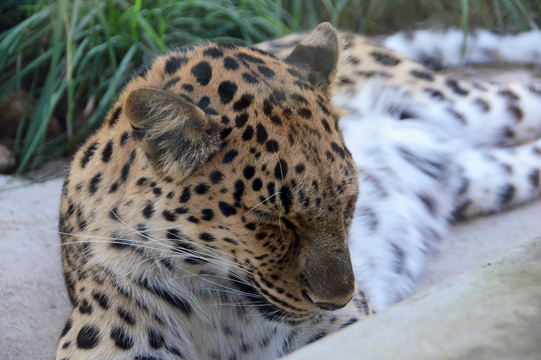