We had a bunch of pre-beach chores to do and Adam had an evening date, so we spent the morning getting organized and doing laundry, then took a break to go to Brookside Gardens for the annual Wings of Fancy butterfly exhibit. The weather was cool and magnificent -- a bit drippy but no serious rain -- so it's a shame that the lakeside paths are being repaired and the Japanese garden is closed, but we got to see many butterflies in the conservatory: 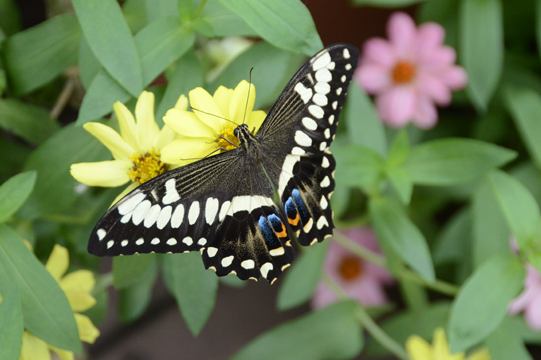 While Adam was out, we ate ravioli and watched Rise of the Guardians, which is quite predictable but reasonably entertaining, mostly because Chris Pine, Hugh Jackman, and Jude Law voice major characters (I had no idea the Easter Bunny was 6'1" and knew martial arts, hahaha). Then we watched the first episode of Broadchurch which is On Demand -- someone please spoil me if the ending is too horrible to watch. And the Os and Nats both won!
Collapse