We had more post-trip chores to do on Sunday (shopping for son, laundry, CVS) but since it was a nice day, we also took a walk at Great Falls. We saw several turtles, herons, and other animals in the canal and lots of sunlight on the water. There were many bikers and hikers but it wasn't as crowded as it sometimes gets on nice days. 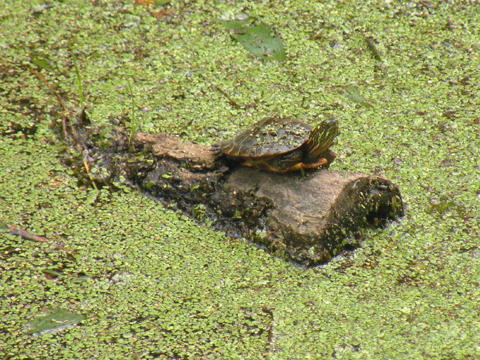 Adam went out to dinner for a friend's birthday at The Melting Pot; the rest of us had white pizza from Jerry's, since we had a coupon for a freebie, and watched the first episode of Low Winter Sun, which despite Mark Strong is much too violent for me, so I doubt I'll be watching the second episode -- I'm not even caught up on The Borgias.
Collapse