Tuesday was pretty quiet around here. Adam's cross country season officially started in the morning with mandatory forms, then a run and a team lunch. I spent the morning researching mobile phones since Adam's is nearly dead and mine is slowly dying (Galaxy S4 vs. Note 2 vs. waiting for HTC One -- opinions?), then took Daniel out for bagels and spreads, plus a quick stop in AC Moore, which does not have tiny glass leaf-shaped beads in stock. To my surprise, they do already have Halloween stuff -- I guess by Halloween it will be Christmas!

I only saw two bunnies -- perhaps they were hiding in anticipation of the big thunderstorm that arrived in the early evening -- but it wasn't beastly hot for August. In the evening we all watched Wreck-It Ralph, which Adam had seen with a friend and determined that we all needed to see, particularly Daniel, the gamer; I didn't catch all the gaming jokes, but I did enjoy it, especially Jane Lynch's kick-ass Calhoun. Here are some more photos from our dolphin cruise in the Outer Banks, none properly edited as I haven't had time! 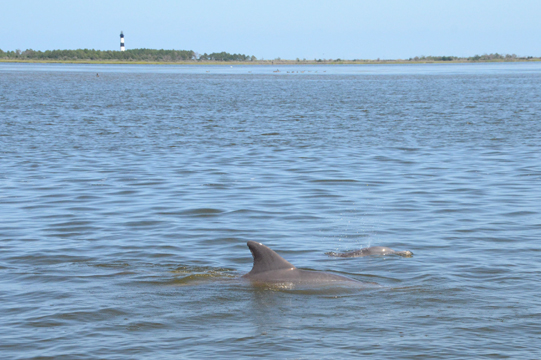