Tuesday was a work and catch-up day for me. I got some writing done; washed, dried, and folded two loads of laundry; sorted and uploaded many photos; chatted with several Renfaire cast members about the beastly weather this weekend and how brave they were to withstand it; and mostly caught up on e-mail, among other things. I slept terribly because my poison ivy itched, so since I'm still post-migraine, I stayed close to home.

The news, especially Syria, is stressing me out, so I am thrilled that Jon Stewart is back to put its coverage in perspective (and Colbert, re: chemical weapons vs. conventional weapons: "If America cared about shooting people, we'd be invading Chicago"). I still don't understand the attraction to Benedict Cumberbatch but I must admit that he seems great in the previews for The Fifth Estate. Some Pennsylvania Renfaire pics: 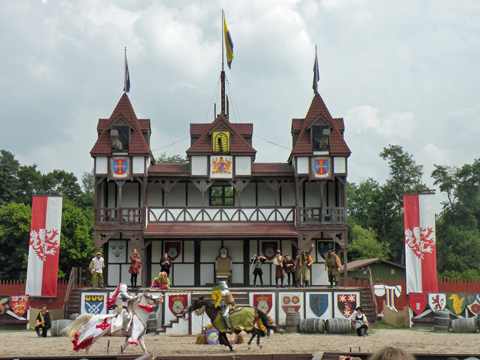