The highlight of my Monday was driving Adam, along with four of his teammates, to the Woodward Relays at Georgetown Prep, where Churchill's team finished very well and Adam and one of his friends won medals, so he came home in a great mood even though he pushed himself so hard he got sick (is that normal? He seems to get sick after all the races where he really does well). The other major local athletic event, the Redskins-Eagles game, was a miserable atrocity that we shall not discuss further.

Otherwise my day involved unexciting things like work, getting gas for the van while we had nearly a doller per gallon off from grocery store points, and finishing a Shutterfly photo book that has to be ordered in the next day for the "free book" coupon to work. I walked, saw some bunnies, dealt with some neighborhood stupidity, ate some dinner, and was relieved that the Orioles and Nationals at least did not embarrass the region this day (Os beat the Yankees, whoo!). South Mountain Creamery animals: 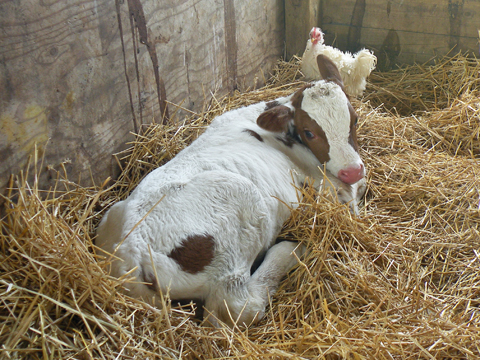