Nothing major happened to me on Tuesday, and I know Wednesday is a hard day for a lot of people -- for everyone, really -- and I have nothing profound to say. I didn't have the stomach to watch Obama's address live; I watched the commentary (my favorite being Jon Stewart ridiculing the pundits for being annoyed that Kerry inadvertently might have given Putin a way to help avoid a war and steal a big story from the nightly news).

Apart from seeing bunnies and a frog and watching a bit of the Nationals win and the Orioles loss, my only news worth reporting is that the remake of Total Recall is marginally less misogynistic than the original, though there's way too little Bill Nighy and people of color keep getting killed, and while the female characters kick ass, everything they do revolves around devotion to more powerful men. Some signs of fall from Boonesborough Days: 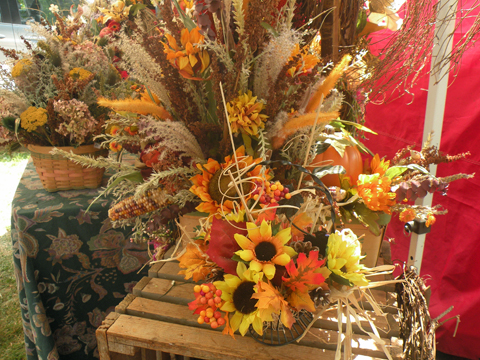