Adam has generously shared the bad cold he got the first week of school with me. I slept terribly and my throat feels horrible. So I mostly did stuff around the house and sulked, though I did take a walk to see the deer helping themselves to neighborhood plants and I did drive Adam to Hebrew school to get a signature for one of his applications. The Nationals played a double header on Tuesday since their Monday game was canceled and won both, plus the Orioles came back and beat the Red Sox in Boston in the 9th, so that was nice.

Arthur Newman, Golf Pro came out on DVD and On Demand today (yes, I know the name was shortened, but I briefly dated someone in college named Arthur Newman so I insist on having the golf in there so I never think of him while looking at Colin Firth). We watched it on xFinity and thought the acting was excellent -- Emily Blunt and the kid who played Colin's son, too -- but it's a lot less quirky and more depressing than the previews suggest. Here are some pics I took randomly while walking along the river in Alexandria on Sunday: 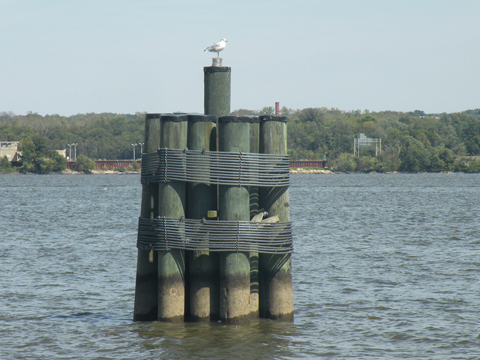