Our temperature dropped into the 40s on Monday night and the Tuesday weather was magnificent -- I even saw two bunnies after several days during which I wondered where they were hiding. The cats sat hopefully on the vents but eventually figured out that the heat was not coming on and came to pester me instead (apparently eating at 10:30 a.m. compensates for being cold). I have nothing important to report -- got some work done, waited for son to get back from a cross country meet in Poolesville for which he got to leave school early (he was happy with his time but said the team as a whole did not do so well -- still, it can't be as depressing as the Nationals or Orioles, both of whom are now mathematically eliminated from postseason play after playing so poorly the past two days that it's no wonder).

We watched the first episode of Agents of S.H.I.E.L.D., which was...fine? I wish I had stronger feelings about it than that, either from a character or plot standpoint. Except for the big long-term secret they teased, it all seemed kind of predictable right down to the Character Tropes. Sure, it's nice to see a more diverse group of people than in a lot of superhero stuff and sure, it's good to see certain actors again, but Sleepy Hollow grabbed me a lot more quickly with its pilot. Afterward we watched Hitchcock, which had great acting and a pretty humorous script -- I liked it much better than The Girl -- but Hitchcock himself continues to come across as such a monumental jerk that I've long since stopped caring about his process. Some Wings of Fancy from this summer: 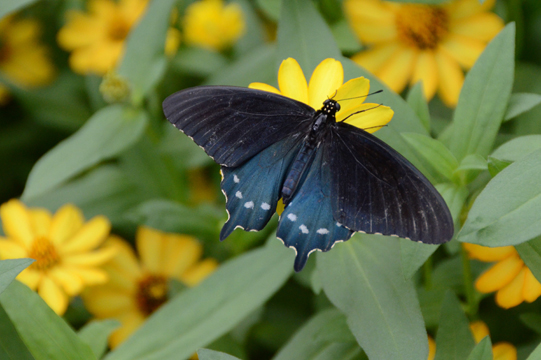