It was a pretty quiet Friday around here. I spent the morning writing a review of Deep Space Nine's atrocious "Let He Who Is Without Sin...", which I had to watch early since I got home too late to do it Thursday night. Adam had a half-day of school for some teachers' meeting but had cross country practice, so I took a walk early (too early for bunnies though many chipmunks were running around), then drove Adam to the boys' cross country team poker game at one of the kids' houses.

While he was playing poker and eating pizza, we had dinner with my parents, then went to pick Adam up though he asked us to come late because one of his friends was doing well and didn't want to have to forfeit the chance to win it all. We came home and caught up on the Nashville we missed to watch the season finale of Broadchurch (which was decent but not great), then the first episode of Endeavour which we had never seen (pretty great). Some pictures from the C&O Canal and Potomac River early last month: 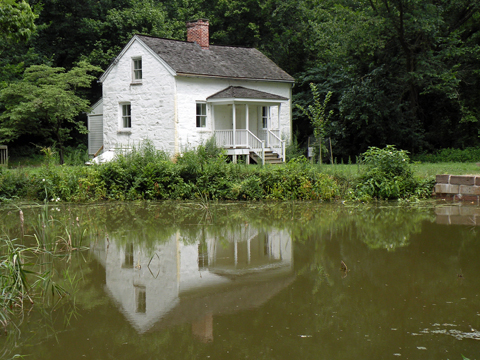