I am cranky -- still coughing, watched the news and now watching Jon Stewart so my enraged bullshit-ometer is at maximum (I try not to wish ill on anyone, but if a piano fell on certain Congressmen, I would not have it in me to mourn). Plus Vladimir Putin has been nominated for a Nobel Peace Prize. I would like to think about happy things like college applications but the government's financial aid web site is dark because of the shutdown. And Hobby Lobby apparently hates Jews as well as gays and women who use birth control.

Summer has decided to reappear, though parts of August felt more like autumn. It was quite warm and lovely outdoors; I had an early birthday lunch with

vertigo66 at Tara Thai, then walked around Washingtonian Lake and visited Charming Charlie's fall sale ($9 knockoffs of $145 Brighton mini purses). We watched the beginning of the Rays-Indians game, then watched Nashville, which is playing Second Season Musical Chairs with all the relationships but at least has lots of women I like. Look, adorable bunnies! 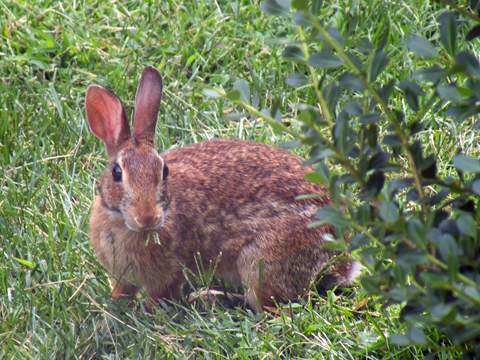