On Sunday we got yet another gorgeous fall day, so we picked up Adam from working at Hebrew school and went to some Frederick Festival of the Farm destinations along with our favorite Frederick County parks. We brought a picnic and ate it on High Knob at Gambrill State Park, where it was actually chilly on top of the mountain but the leaves and views were gorgeous. Then we went to South Mountain Creamery, which was very crowded -- they have a big fair with live music, kids' games, and lots of food -- we ate ice cream and bought egg nog to take home. After that we stopped quickly at Gathland because the trees are beautiful around the ruins there, then we went to Caprikorn Farm which was by far the highlight of my day as they were selling bags of goat food for $1 and the goats chased us around trying to eat the food (and our clothes and hair and the bag the food was in); we also got their wonderful chevre and gouda cheeses. Finally we went to Washington Monument State Park, where we hiked up to the monument in the late afternoon sun and saw lots of turkey vultures and stinkbugs. 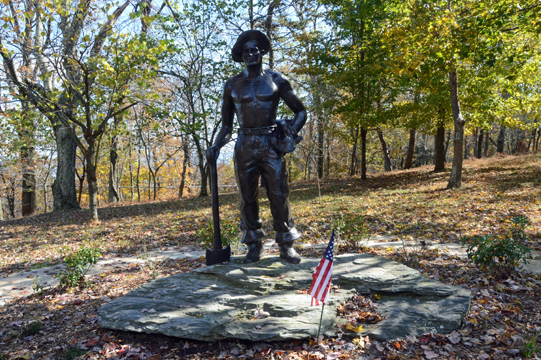 The Redskins, remarkably, pulled out their game against Chicago at the last minute, while the Ravens blew it to Pittsburgh at the last minute. I figure the powers that be are making up for the deal I made last year, where if Obama won the election, I promised not to complain about any sports events all year, then the Ravens won the Super Bowl so I owe another year of not complaining. I am mostly liking Once Upon a Time this season other than there's too little Regina (though the lines she does have are the most hilarious on the show -- mocking Emma over whether Neil could use a colander, hee) and we can inevitably predict and recite along with Mary Margaret's stupid lines. What is with the compulsion to explain what we've just seen as if we're all small children? There'll be a lovely moment of discovery followed by someone explaining exactly what just happened for the audience -- it's less subtle than Hermione Granger providing the exposition for kids watching Harry Potter! At least after that I get to watch Masters of Sex, which is nicely grown-up!
Collapse