While driving home from the mall I spotted some amazing trees behind the tennis courts at Cabin John Park, so I pulled into the parking lot at Locust Grove and ended up taking a walk in the woods there. It was cool and crisp and gorgeous, and since school hadn't let out, it was also nearly empty. I only had my phone so the pics aren't great but I needed to save them: 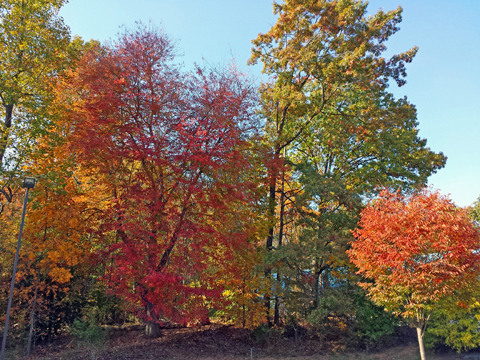 Since Agents of SHIELD was a rerun, we caught up on shows we missed while we were away, including Once Upon a Time (most sins forgiven because of the tall ships) and Masters of Sex (moving and superbly acted and providing the best line for memes I've heard all month: "Why won't my dick work? Fuck!"). I need to rewatch last week's Elementary -- I don't remember it.
Collapse