I slept late after a late election night (still no winner in the Virginia attorney general's race; there's going to be a recount, it's a couple hundred vote margin) and had an awesome heist movie dream that unfortunately I don't remember. I had a bunch of work to do, then my mother invited me out for froyo at the mall and we wandered into a couple of stores -- she got me a Chanukah present I will pretend not to know about and I got myself a sweater on sale at Old Navy.

It was insanely gorgeous yet again, with high puffy clouds during the day and a stunning pink-to-violet sunset in the evening. I was out late enough for the bunnies to appear as well as the deer. Since Nashville was not on due to the CMA awards, Delta and I decided to watch Les Mis (not in the same room or even in the same city, but that did not stop us from making simultaneous comments about Hugh Jackman's butt) -- younger son is mocking this but I don't care! 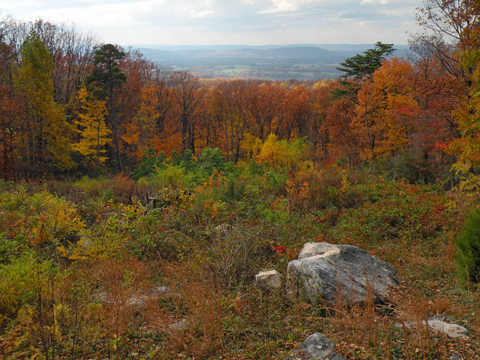