I've had a quiet Friday, not the happiest of days -- the mother of one of my neighbors passed away a couple of days ago, the grandmother of Adam's good friend Daniel Wigle, and though we initially planned to go to the viewing in the evening, Adam found out that Daniel was coming home to work on scanning photos for a memorial display and decided he wanted to stick around and help instead. Initially we had told my parents to come over for dinner because we thought we might also feed the Wigles' two younger boys, but it ended up being us and the friend at my parents' house for dinner.

I did have some work to get done, most of which was fun work; I posted my review of Deep Space Nine's "For the Uniform", in which Eddington rewrites Les Miserables to suit his own narrative about the Maquis (he's really more Enjolras than Valjean, but since he insists that Sisko be Javert, I enjoy Eddington's misreading anyway). Facebook was screwed up for much of the morning, which means I wasted less time there, and I half-watched Company in the evening. The weather was gorgeous yet again, so the high points of my day involved being in the woods in the neighborhood, where today we had not only deer and bunnies, but a barred owl and a little snake: 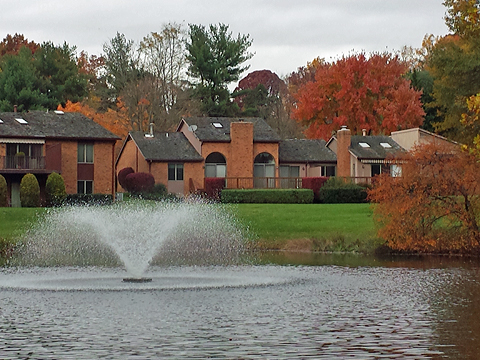