Rushing because we realized that we were out of blank DVDs to record shortly before we also realized that Geoffrey Rush was going to be on The Daily Show so once again I am running late, and now I am watching Colbert get his prostate examined by John Lithgow so I am laughing too hard to type. Not much to report anyway during the day -- just work and chores.

I ran late getting out for a walk, too, so it was nearly dark and while I stayed on the sidewalk instead of taking the woods path, I saw four bunnies for the first time since the summer -- how come bunnies become nocturnal in the fall? I loved Elementary (I love when Watson's medical knowledge solves the case). Flashback to the Pennsylvania Renaissance Faire: 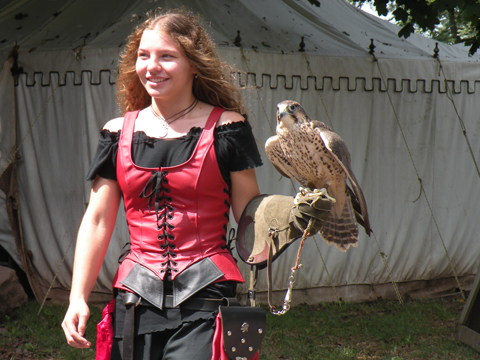