I had a very fun, very full Monday so this will be a quickie!

dementordelta came to visit me, took me out for an early birthday lunch at Tara Thai since I won't see her on my actual birthday next month, then we went to see Catching Fire, which looks gorgeous on IMAX and which is superbly acted, better than the first one I think. I'm of a double mind about the directing -- I've been following the controversy and I understand the point being made by the people who preferred The Hunger Games' less glossy look that it's not supposed to be glorifying the same things the Capitol glorifies in Panem, but I thought that the violence itself was actually less emphasized in this sequel -- we only saw arena deaths that were crucial plot points -- and though I am squeamish about even evil animals in jeopardy, I didn't have serious issues with that in this film. So big thumbs up (and though I thought Peeta and Gale were both stronger characters in the sequel, I am still Team Haymitch).

After the movie, we came back to my house, ate chocolate chip cookies, and watched Hornblower's "Mutiny" and "Retribution" -- probably my two favorites since they involve Hornblower, Bush, Kennedy, and Pellew (plus I needed to see Bush interrupting the three conspirators for reasons that have to do with a different franchise entirely, hee). When eventually Delta had to go home, I had dinner with my family and tried unsuccessfully to get Adam an appointment with a neurologist just to be sure he doesn't have a concussion before he starts physical therapy for his leg. Then we watched Almost Human, which I like but am not really in love with, and Sleepy Hollow, which I am completely in love with for a whole bunch of reasons. Now I am watching the Redskins -- big surprise! -- lose to San Francisco (hey, they almost held their own the first half before collapsing). Here are a few photos of the sheep at Dancing Leaf Farm and the farm next door! 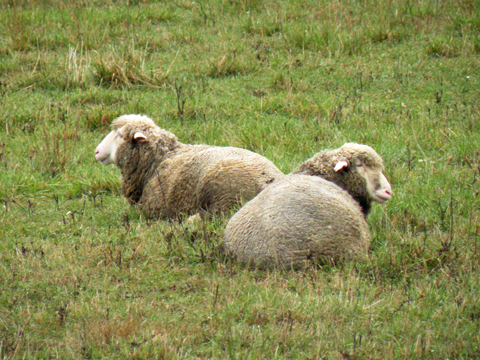