I didn't get a lot done Friday besides installing software and writing a review of Deep Space Nine's almost entirely icky "A Simple Investigation". Then I had dinner with my parents and came home so

dementordelta and I could watch The Quick and the Dead together in our respective homes, in which Sharon Stone and Russell Crowe are both awesome but it's not really a happy movie, so then we decided it was time to watch Love Actually.

I know is now supposed to be a modern holiday classic, but I have to admit that despite the number of actors I really like in the movie and a couple of adorable storylines, Alan Rickman ruins it for me every time (and the guy who went to America to get laid should have woken up naked on the front steps because the girls took all his money and stuff and ran). Liam, Keira, and Colin make up for most things. Some more photos from the ceramics show in Garrett Park: 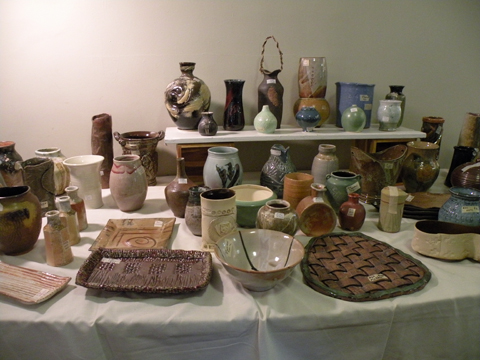