The monumental suckiness that is my December continued today. Details not worth rehashing. The winter solstice arrives tomorrow at 12:11 p.m., which should be a good luck time for me -- my birthday's 12/11 -- and things better fucking start to turn around then. It wasn't all bad; I managed to finish a review of DS9's "Business as Usual", which is pretty terrible but that's TV, and we went to retrieve Daniel from College Park for winter break now that he's done with finals, which he's glad about: 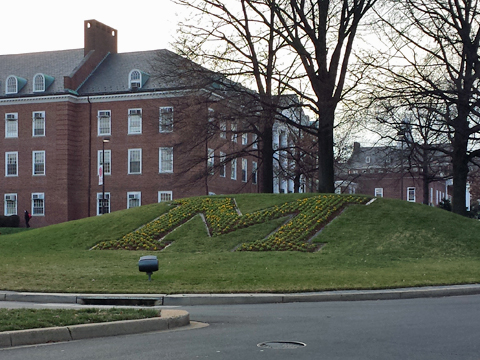 We watched Christmas in Washington despite the treacly holiday music so I could see Hugh Jackman, who was his usual charming self. He joked that he feels for Washingtonians who are suffering without hope -- namely, Washington Redskins fans -- and said he got the Obamas all seven Wolverine movies on DVD for Christmas (I want to know how he got Days of Future Past before it's been in theaters). Then we watched Patrick Stewart's Christmas Carol. Bah humbug.
Collapse