Quickie because I've been watching L.A. Confidential with Paul, Daniel, and

dementordelta via remote while fighting with my FTP which is hopeless at the moment. In my This Year Continues To Suck Report, one of my best friends lost her father on Saturday after a terrible accident a week earlier; the last time I talked to her, he had been improving. What is it with 2013? I was hoping everything would change after the solstice but I'm thinking we all need New Year's Day to get here, even though I did not want to rush this last winter vacation with Adam living at home.

Otherwise, we had a pretty nice day; we thought about going to see The Desolation of Smaug but decided the weather was too nice to waste, so instead we went downtown to see the holiday displays at the US Botanic Garden, the decorations on the US Capitol, and "The Dying Gaul" and Charles Marville: Photographer of Paris at the National Gallery of Art. Thankfully we missed nearly all of the Redskins loss (which I was hoping for, since I would prefer Dallas to the Eagles as division champions) and we had the good sense to turn off the Ravens game before it made us throw up. A few pics, more tomorrow: 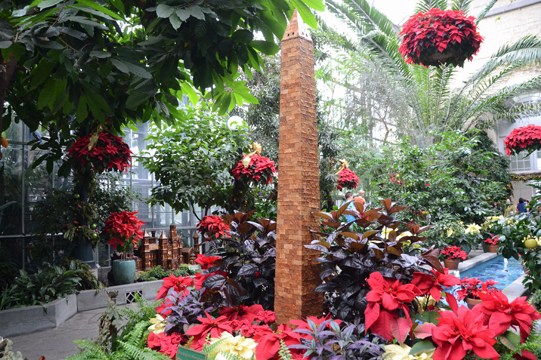