We had a pretty quiet Monday. Paul had to work in the morning and Adam had his last driving lesson in the afternoon, so I did chores and finally got most of the holiday cards in the mail. Daniel got some good news about his grades; he was worried about a couple of finals but didn't get less than an A-, and he's getting an A+ in one class.

It rained all day, so I didn't get a lot of exercise, though I did goof off with Adam playing with Legos (ever since

mamadracula got me that Lego mug, I've been hunting for appropriate Lego figures, many of which were buried in a big bin from which son made me a spaceship while I was looking for little swords and hair). I even put together a Snape.

We all watched Snake Eyes, which the kids hadn't seen and which still has an awesome opening tracking shot; it's one of Nic Cage's better performances and Sinise and Gugino are good as always. Here are a few pics from Kiparoo Farm in the snow the weekend before last, both the wool and woolens and the sheep that make them possible: 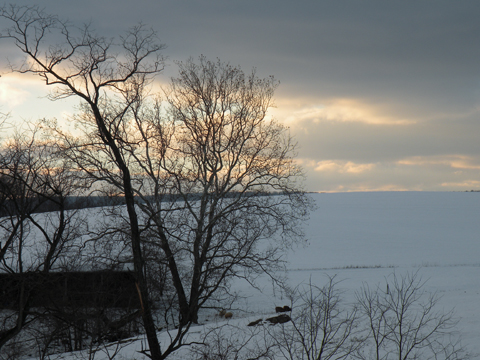