We had plans last month to visit Mount Vernon to see the holiday exhibits, but bad weather kept us away, so since it was clear and only moderately cold on Saturday, we finally got to visit. This is the last weekend that the Christmas camel and pardoned Thanksgiving turkey will be there, though the latter was indoors because of the snow, and we got to see the third floor, which is only open in the winter because it gets so hot in the summer. There's a new exhibit in the museum on George Washington's books, including speculation about what his Pinterest page might have looked like, and there's chocolate-making and gingerbread houses on display. Plus the sheep were out, though my favorite part were the kisses from Aladdin the Camel, though they were sticky! 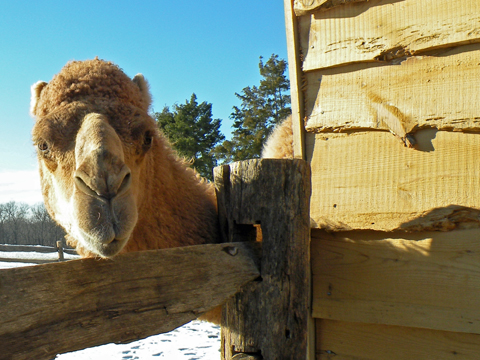 wolfshark called while we were driving home to ask whether I wanted to have dinner with her,

artemis_prime, and various spouses, so we dropped the kids off at home -- Adam was getting picked up to go ice skating with his girlfriend, Daniel wanted to chat with friends online -- and met them all at Ambrosia, where I ate too many excellent Greek appetizers and ran into a high school friend. Paul and I stopped in Best Buy because I had reward certificates that expired tonight, after which we watched a bit of the Saints-Eagles game, but it's not really fun when I care more about a certain team losing than a certain team winning, so we put on the copy of Sherlock Holmes: A Game of Shadows that I got along with its prequel at Best Buy -- and the Eagles lost!
Collapse