I got to spend Monday with

dementordelta, whose computer has been in the shop so I was going through withdrawal from chat! We watched the final two Hornblower movies, "Loyalty" and "Duty," which have lots of Bush and Pellew which makes us happy, and we were going to be sad when they were finished but then we remembered we have the entire run of Sharpe episodes to watch, plus the BBC Robin Hood with Richard Armitage which may have too high a crack factor for us but we've only seen the first episode so we're not sure.

And to keep up our project of seeing every Geoffrey Rush movie together, we saw The Book Thief. It remains as excellent as the first time I saw it -- it's not as lyrical as the book, but the acting is wonderful. In between we went to get bagels and lots of kinds of cream cheese with older son. When Delta had to go, my family watched Sleepy Hollow (love the gun politics) and caught up on Downton Abbey which I'm not sure I'm going to watch again -- I was spoiled for the triggery story but still disgusted by it. DC animals in December: 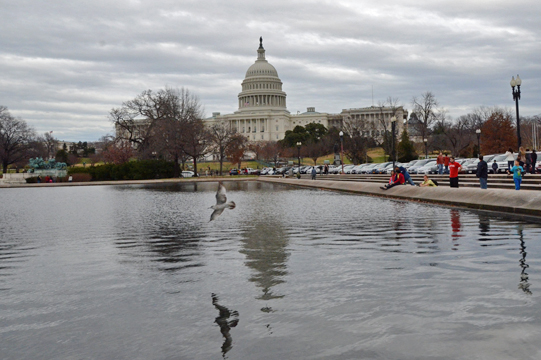